There’s a widely held belief that Harley Davidson motorcycles are unreliable. Nothing could be further from the truth, as anyone who owns a Harley is likely to tell you. In fact, Harley Davidson Motor Company is having trouble increasing their sales numbers exactly because so many of the bikes they built in the last 25 years are still on the road. According to Bloomberg of all the Harleys every built since 1903, 70% are still on the road. If you consider that this number includes bikes sold 60, 70, 80 or 100 years ago, most of which will not be on the road, as well as the two million bikes they’ve sold in the last eight years alone, the number of bikes totaled in wrecks, and the number of bikes left inoperable by half-ass “customization” efforts by pea-brained wannabe mechanics, this is a remarkable number of motorcycles registered and running.

But let’s look at this belief and think about where the idea of Harleys being unreliable comes from. In the early days of motorcycling, any and all bikes were owner-maintained vehicles. Everything from tire changes to engine rebuilds were, due to simplicity of the mechanisms involved, something bike owners did themselves. This meant that a motorcycle owner was, by definition, also a mechanic and fabricator, and owned a wide variety of tools to keep a bike running and rideable. By the late 1940s and 1950s, the customization bug had hit, and by the 1960s a large percentage of Harleys were being modified and maintained by their owners. As the bikes became faster and more complex, systems people were working on required more and more knowledge to make repairs and modifications in such a way as to retain reliability and roadworthiness. In the 1970s and 1980s, most of the Harleys on the road were owned by “greasy bikers,” namely those people who would build their bikes from swap meet parts, revived barn bikes, or “basket cases” they’d purchase for a few hundred bucks. 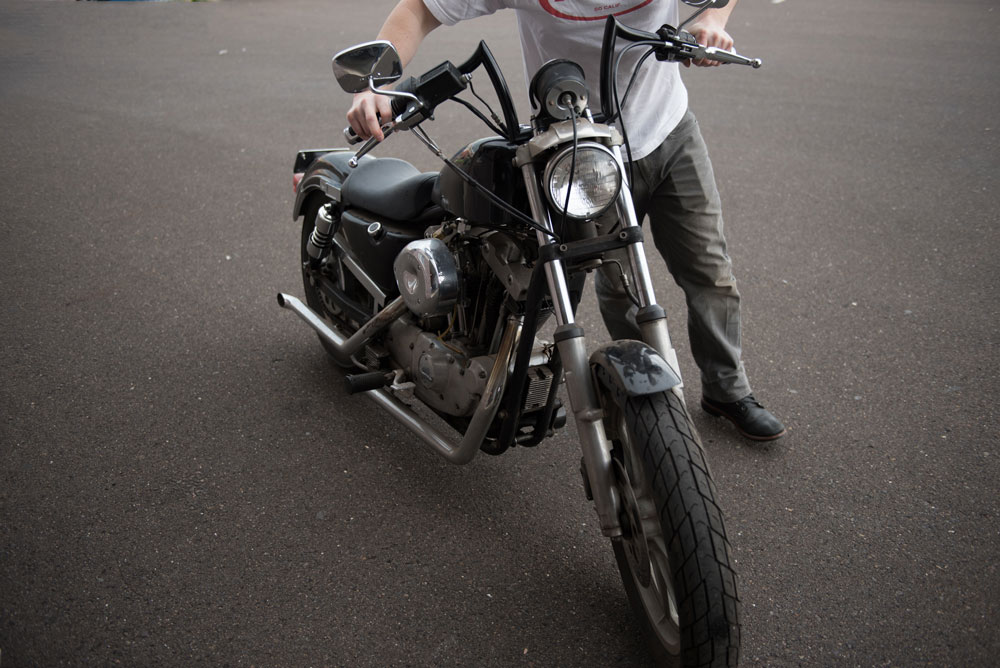 Unfortunately, this also meant that most people on Harleys weren’t always going to have the budget or skills to build things properly, and people on Harleys were likely to spend as much time working on them as they did riding them. When someone doesn’t own the correct tools, doesn’t have the budget for new parts, and/or doesn’t have the good mechanical skills, bikes were often assembled in such a way that guaranteed breakdowns, and even wrecks.

I worked in a chopper shop throughout most of the 80s in the SF Bay Area, and was taught all the right ways to repair, build, maintain and modify Harleys. I also had the opportunity to see the multitude of ways that people without that knowledge managed to damage their bikes while “repairing” them. I’ve seen bikes where people built a motor without once checking end play on cams or flywheels, where bearings and thrust washers ended up welded to cams and flywheel assemblies because they were assembled without minimum clearance. I’ve also seen bikes that were assembled with so much clearance that crankshaft bearing life was reduced to less than 10,000 miles. Electrical systems, fuel systems, wheel bearings, and other critical systems were just as likely to be “fixed” beyond repair by their owners, and all these things added up to the advice I got before I ever bought my first Harley – “Buy a pickup truck first.”

But this wasn’t the factory building junk, this was people without knowledge thinking “how hard can it be” and doing damage to their bikes and cementing the unreliable label to Harley Davidsons in a way that continues to linger today. But the bikes weren’t exactly high-tech either, and they were heavy, underpowered, and required a lot of maintenance to keep on the road. Compared to Japanese imports, Harleys weren’t modern machines and their function, with few exceptions, was unchanged from 1936 until 1970. 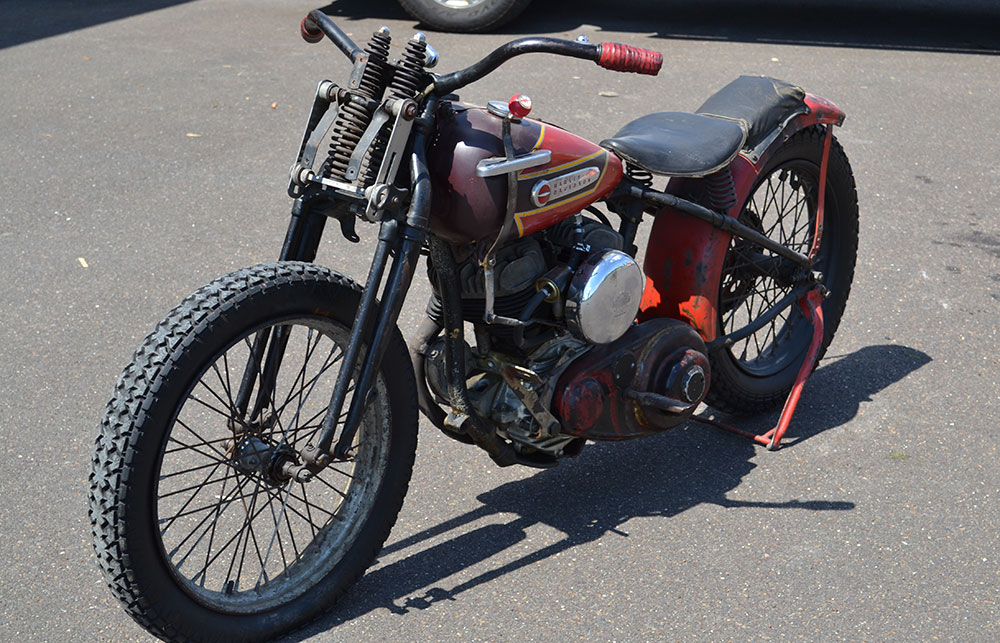 By the 1970s, the company had been purchased by American Machine Foundry Corporation (AMF), and their lack of interest in Harley as anything other than a spreadsheet entry, meant manufacturing methods and fit and finish left a lot to be desired. When Vaughn Beals, Willie G. Davidson, and a consortium of investors purchased Harley Davidson from AMF, it was not uncommon that Harley was producing bikes that often needed repairs before they reached the sales floor. The new company management changed all that in the 1980s, spending millions on retooling, introducing modern design, manufacturing, and assembly techniques, introduced rubber mounted motors, 5 speed transmissions, detailed service intervals designed to prevent point failures, and began producing bikes that you no longer needed to be a mechanic to maintain properly.

In the last 35 years or so, Harley has refined their manufacturing and design to the point that a company that was once on the brink of bankruptcy is now the clear leader in the market for bikes over 600cc displacement. If a modern Harley is properly maintained and serviced, they’re perfectly reliable and getting 100,000 miles or more from a Harley is no longer the exception, but instead common.

But today, due to the popularity of the bikes with a younger, less economically secure demographic, many people choose to do their own maintenance and scheduled service at home. Dealers can charge $300-500 for a scheduled service, depending on bike, which service interval the bike is having done, and the location of the dealer. The misconception that “scheduled service” means “oil and filter change,” has led to a large number of people thinking the dealers are stealing from them without understanding exactly what it is they’re paying for in a dealer service. While I’m not suggesting that people should only take their bikes to the dealer or an indie shop, I am suggesting that people really need to take the time to understand what a scheduled service actually includes.

Problems with reliability arise when people treat their scheduled service as an oil and filter change, and not much more. This is a dangerous mistake, since most people doing this are doing so without a factory service manual in their hands, and don’t know what’s involved in a proper service job. The dealer service techs have a long checklist they go through, and even if the bike owner has this list available, the prevalence of the words “inspect and adjust as needed” on the list leads them to believe that this just means “looking at the thing and if it’s not falling off the bike call it good and move on.” When the service schedule calls for “lube, inspect, and adjust the clutch cable,” this means “back off the clutch cable adjuster, disconnect the cable from the clutch lever, inspect the ferrule for damage and the cable for fraying, lubricate the cable with light oil (not graphite or WD40), reinstall the cable to the lever and adjust the clutch.” 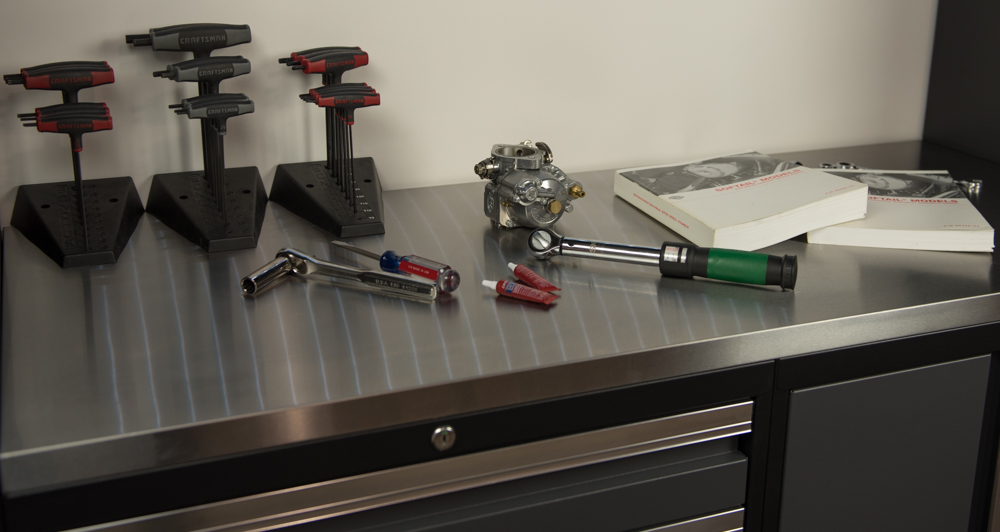 “Inspect the swingarm pivot” doesn’t mean “look at the swingarm and if it’s still connected to the bike it’s OK.” It means “put the bike on a lift, jack up the rear wheel, remove the shock absorbers, and check end play on the swingarm bushing/bearings with a dial indicator and insure it is within spec, removing the rear brake caliper and wheel if needed to do so.” “Inspect wheel bearings” means getting the wheels off the ground and putting a dial indicator on there and seeing if the side play on the bearings is within spec. “Inspecting wheel spokes and adjusting tension” means getting the bike off the ground and checking each and every spoke for correct tension. MOST of these things get overlooked when people do their own service, since way too many people seem to be immune to ideas like reading the service manual.

There’s other things in the service schedule that get overlooked, like replacing the fuel filter before it clogs and leaves you on the side of the road calling a tow truck. Like replacing brake pads before they’ve worn all the way down and damaged the brake rotors. Like repacking and adjusting fork stem bearings, something that requires disassembly of fairings and windshields on touring bikes, as well as getting the bike’s front wheel off the ground and going through Harley’s adjustment procedure. I can tell you that most people I know don’t have any idea when their fork stem bearings were last adjusted (if ever), and loose fork stem bearings can result in sloppy handling, high-speed wobbles, and so on.

In short, a complete and proper service will take half a day for a certified dealer tech to do properly and includes an oil and filter change, but it also includes so much more. If these things are done correctly every 5000 miles, there’s very little reason why a modern Harley won’t make it 100,000 miles without needing any major repairs. Neglect things beyond the oil and filter change, and you’ll end up with a bike that will let you down and cause the brand to again have the reputation of being unreliable.

When you add to this the prevalence of bolt-on accessories available to Harley owners, there’s a lot of people doing modifications to their bikes themselves. The service manual is essential for doing this sort of thing correctly, and good mechanical habits are going to be required to avoid damaging your bike when you install some of the goodies available to personalize your bike.

If you’re going to service your own bike buy the factory Harley Davidson service manual, read it, and follow it. If you’re going to service your own bike correctly, you’re going to want to invest in a bike lift, either a ride-on lift or the floor jack type. You’re going to need to invest in some quality tools, a few of which may be proprietary to Harley, and you’re going to need to be prepared to purchase new gaskets, o-rings, snap rings, and so on when you do repairs and such to your bike. Buy a bottle of blue LocTite 243. Buy some nice microfiber shop rags. Refer to your service manual for *everything*, even if you’re putting aftermarket parts on your bike. The manual will tell you the correct way to remove the factory part, and will give you most of the information for installing aftermarket stuff. If you’re installing aftermarket parts and have questions the book and instructions with the part don’t answer, call the manufacturer! Their customer service departments want very much for you to have a good experience with their parts, and will help you in any way they can.